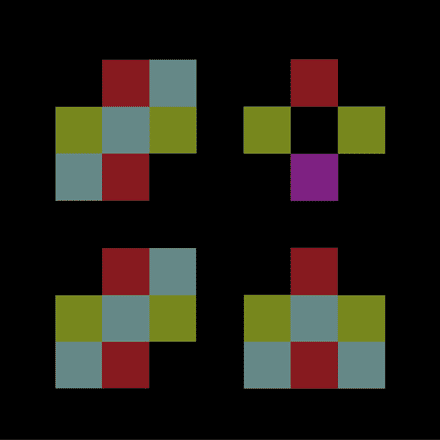 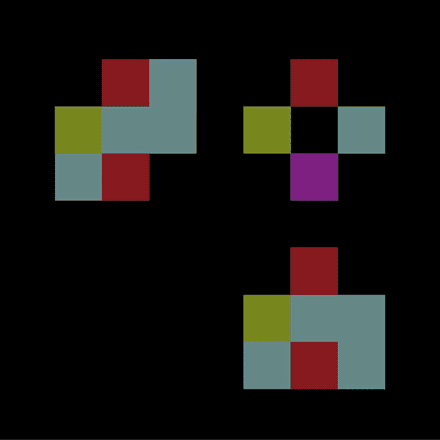 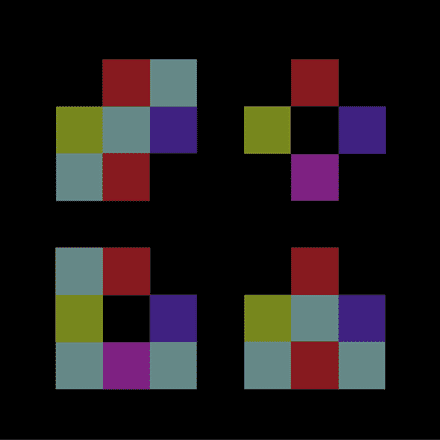 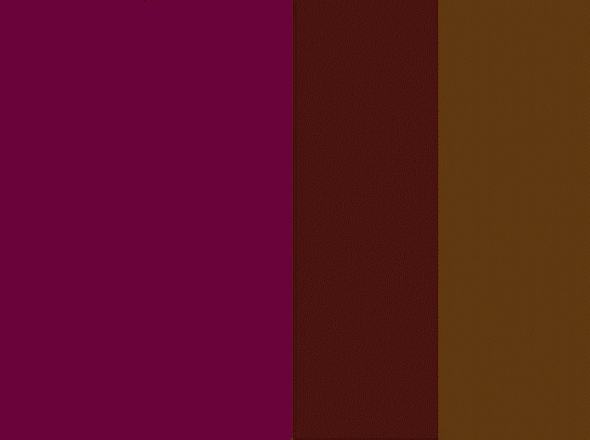 The video constructs were at first recorded in real time onto video tape, but by 1990 were realised directly from the computer (e.g. ‘Jasper’ and ‘Sydney’) and hence had no restriction on length. Both the generative time-based work and the systems paintings continued, with a specific emphasis on systems to select, vary and manipulate colour. 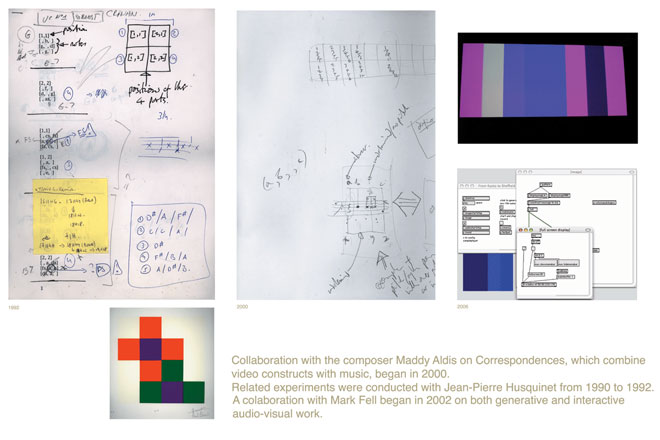 The first public performance of a Correspondence work combining sound and image, was given in 1990 at the opening of Heads & Legs (Liège, Belgium). It was a collaboration with Jean-Pierre Husquinet.